Words are words are words. I don’t know about you but by the time I was writing the word “word” for the third time in a row, it looked weirder than normal. At some point you’ve heard a friend say, “You ever notice how if you say the word ‘moist’ enough times, it stops sounding like a word: Moist moist moist moist…” Even if you cringe at that word, eventually it stops sounding like a word completely.

We have constructed a language that uses symbolic markings and sounds in order to convey complex ideas. However, you are so unique and you’ve learned those words in a different way than everybody else so the same word might mean something very different to you and I and everyone else.

This is one of the reasons that miscommunications exist: while I fully understand the words I’m using and the ideas that I’m trying to imply, someone else may interpret a different meaning from the same words. In order to avoid miscommunications, you will notice that throughout this manual I have defined the important words that I am using in order to better convey my intended message.

Words are stored in your brain and each word is connected to the image of the written symbol, the sound of someone speaking it,  the muscle memory to pronounce the word, and the meaning of the word. We often get confused when we’re missing some information or if it is different than what we expect. People who learn most of their words from reading might mispronounce some words. People who can say a word might not understand what it means.

The significance of a word is learned at some point during our lives. The other information that we are taking in at the time we learn a word can sometimes link to the word itself. If you are in a near death car accident driving a Firebird, you might cringe every time you hear the word “Firebird” again. Similarly, if you learn the word “anywho” from a charming British woman, you might hear her voice any time the word is said regardless of the speaker’s accent.

Right now, you are synapsing the symbols of the words I’ve written with the significance of my intended message. You may also be pairing these words with any of the other stimuli around you, whether that be the hum of a heater or the heat of the sun. When you hear specific phrases again, you often bring up the other information that was stored when you first made the synapse. 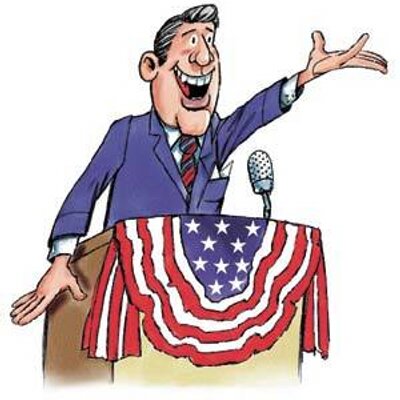 We also sometimes synapse words with emotions and fear. The words become a channel for eliciting that fear. This is exactly why news anchors and politicians use buzz words. They plant the ideas that they want to instill within the significance of a word so that the audience links the two together.

When the speaker says the buzz word, he/she is conveying much more than merely the definition. Anyone who even mentioned the word “communism” in 1950’s America was watched carefully out of fear. Unfortunately, too many present-day Americans seem to be synapsing the word “Muslim” with fear.

In order to have a working language, it must have enough words to convey complex ideas but not too many words that the speakers can’t remember them. Our language has a huge amount of words that have very specific meanings like “jentacular” which means “pertaining specifically to breakfast.” Our language also uses some words to carry many meanings like the word “love.” It’s the same word but has entirely different meanings depending on the intention.

This is also the reason that so many stereotypes exist. We pair specific meanings with a single word and when we hear that word, we expect all of those meanings. To quote the rapper Childish Gambino “This one kid said… I wasn’t really black because I had a dad.’” The kid has synapsed the idea of a father abandoning his family with the word “black.” The simple word now carries more meaning than can possibly be described. The fact that every person has their own interpretation of each word only compounds the complexity of our language.

“A rose, by any other name, would smell just as sweet.” We have known about the ambiguity of words and names for a long time. It is important to not only listen to a person’s words but also try to understand the intention behind those words. It is also helpful to understand that words are just representations of intentions, and if you don’t choose to interpret that intention you don’t have to. You can separate yourself from the intention.

If someone calls you a hurtful name, understand that the intention was to hurt you and nothing more. The person who wanted to hurt you is doing it for a reason and with a little empathy, you’ll be able to see the reason why they felt like hurting you.

This is one of the most important ideas that I want to convey to you: words are only given meaning by you. If a sound triggers a neural path in your brain, it is your choice if you want to follow it. You have the power to make what you want from this world. You also have the responsibility of learning the best words to convey your ideas in the clearest way. It’s a big job, and it’s one that never ends. But you’re a human, and we created the whole concept of language, so I have confidence in you!