Storytelling has been a part of our nature since our ancestors first began asking “Why?” The stories that humans have come up with over the millennia have delivered many good lessons and among those stories, many of the lessons have been the same. They say “everything’s been done under the sun” meaning that every story has been told in some way. The names and specifics of each story differ but the basic story lines stay the same, with the same lessons in them.

A religion is nothing more than a collection of stories passed down to teach lessons to the next generation. Religious stories often give lessons of humility, patience, kindness, and justice. When we decide to accept the lessons taught by each story, we are subscribing to it. Once you have subscribed to a story, you can often give yourself another label to signify that you follow specific teachings. For example, those that follow the teachings of Jesus are called Christians while those that follow the teachings of Muhammed are called Muslims.

An important distinction must be made when it comes to subscribing to stories: they are not exclusive. When different tribes of our ancestors met and exchanged their religious stories, conflict arose from a competition of gods. One tribe would claim their god is supreme to all which means the other tribe’s god must be lesser. This happened during a time when religious stories were our understanding of the universe around us. If we are told our stories are wrong, we are left with many unknowns.

In today’s world, our scientific tendencies have led us to discover the truth about where we come from and how our universe works. The stories that our ancestors told and believed to be true can be understood as stories with the intention of teaching lessons. Many religions teach the same lessons using different methods and you are free to subscribe to whichever stories you wish. You are free to pick up lessons from any story you hear from any culture you encounter. Each new culture will help you to broaden your perspective and see how the similarities outweigh any differences among humans.

As you know, religious stories aren’t the only ones that teach lessons. Many famous stories like Harry Potter or Batman teach valuable lessons of bravery and sacrifice. Living in the Information Age, we have all found at least one story that has taught us life lessons. In fact, you can subscribe to any story at all, including the words and thoughts of the people you meet. You are free to believe anything you see or hear, but be aware that the information might be wrong.

Your only job when determining if you want to subscribe is to look at the intention of the story. If a story preaches fear, it usually means there is some character in the story who is meant to be feared. A character that is feared is one that cannot experience love from those that fear it. For example, the book Grendel is meant to show the perspective of the monster from the ancient classic Beowulf. In the more recent book, Grendel has good intentions but a miscommunication causes all of the conflict.

It’s important to subscribe to stories that do not use other humans as enemies within it, especially if the feared characters are part of the Show. When we see our own species as an enemy, we inherently think of them as “bad guys” because they’re against us, the “good guys.” The reason it is necessary to empathize is because everyone, and I mean everyone, thinks they are the “good guys.” Find the stories that allow all your fellow humans to be good guys with you, though they may be misguided to teach the lesson. 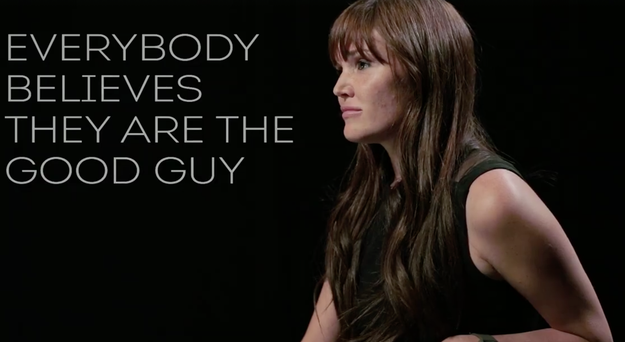 You are a part of this world and it is up to you to decide what you’re going to believe in. You can subscribe to some of the major stories like Judaism or Buddhism, or both. You can also subscribe to more recent stories like Star Trek or the Wizard of Oz, or both. You can even subscribe to the words and lessons taught to you by anyone whose perspective you agree with. I had a teacher who once told me, “treat each other as scholars, poets and prophets and you will become scholars, poets and prophets.”